Patanjali and How was Yoga Born

Patanjali Yoga Sutras And The Birth Of Yoga

Yoga as a worldwide phenomenon is quite a recent event, and was a way of exercise and meditation previously practiced mostly in India. The art of Yoga originated in India, too, and one of the prime sources of the yogic knowledge in the world would be the Yoga Sutra.

It is the guidebook of the classical style of yoga, and if you’re a regular at a yoga studio, or have a yoga instructor, you may have heard them quote from this book.Any curious individual at this point would wonder about where the Yoga Sutras came from. It contains a wealth of wisdom from around 1,700 years ago, and is the foundation of the lifestyle form that still betters millions of lives to this day.

Well, the credit of assembling the Yoga Sutras goes to an ancient Indian sage by the name of Patanjali. Most practitioners believe that Patanjali lived around 200 BC, and is widely believed to be the author of the Yoga Sutras, the principle text on the ways of a yogi.

It is important to note here that yoga existed in several forms even before Patanjali came around. Indian tradition believes that the first Yogi was Shiva, who passed down his knowledge to the Sapta-Rishis, who were seven sages born thousands of years ago. The yoga practiced by these seven sages became seven distinct forms of yoga, which eventually branched into hundreds of different forms, which we still see today.

However, the existence of several systems and their complexity meant that it was becoming too difficult for a layman to follow. This is where Patanjali comes in. He assimilated all the knowledge and compiled it into text in such a way that it was accessible by all in a format that could be understood. This became Patanjali’s most famous work, the Yoga Sutras.

The identity of Patanjali beyond the author of the Yoga Sutras remains largely a mystery. Indian history has very little record of this individual, beyond what he accomplished. History experts may point to several individuals named Patanjali, one of whom was the author of Yoga Sutras and a famous grammarian who wrote a commentary on Panini’s Ashtadhyayi.

Another person by the name of patanjali is also said to be the author of the Nidana-Sutras, which are essential to understanding the Vedic ritual literature, and a third Patanjali is credited with being a renowned teacher of Samkhya Philosophy. However, indian tradition believed all these individuals to be one and the same, as well as the author of certain Ayurvedic texts.

The myths and legends surrounding Patanjali are the only source of information we have about the kind of man he was. Traditional Indian texts regard him as a Swayambhu, or self-born. The legend surrounding the birth of Patanjali says that he is an incarnation of Shesha, the thousand-headed snake that was the seat of lord Vishnu. He wished to teach yoga on earth, and was looking for a suitable candidate for a mother.

Gonika, a great yogini, was looking for a son to pass down her knowledge to. She was praying to the Sun God and scooped up water in her hands, when she realized there was a little snake in the water. It was Shesha, who asked for her permission to be her son and turned into a little boy. The practice of offering water during prayer is known as “anjali”, and the metaphorical descent from heaven is “pat”, and hence he was named “Patanjali”.

The nature of this individual has lead to several myths and legends surrounding him, and whether it was one person, several people who worked on the Yoga Sutras, no one can deny that it is a transformative text. If you’re willing to earn more about yoga, and the practices surrounding yoga, it’s a good idea to join a yoga studio.

Hith Yoga is one of the best yoga studios in Delhi, and here you will get to learn much more about the art of yoga itself, as well as several ways yoga can improve your life. We offer several different courses of yoga, based on individual needs of a person. If you’re looking for a yoga retreat in Delhi, consider contacting Hith Yoga for one of the most relaxing retreats of your life, that will transform your mindset. 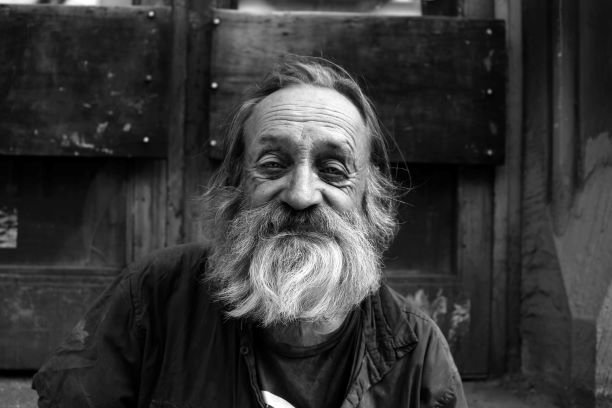 Yoga to Help the Elderly with Joint Pain